Pros and cons of moving to Nevada from California

Domestic migration is a customary feature of almost every country on the globe and the USA is not an exception. People leave one state and relocate to another and there are different reasons for that.

One of the top states that has been losing a great number of its residents for many years already is California. You may wonder who can wish to live a sunny paradise located on the ocean coast. Other people may contradict that the information about a people loss is a mistake as the state population does not decrease, it continues growing. It is the absolute truth as the number of local people who left the state is compensated by immigration from other countries and other states. It was estimated that between 2007 and 2016 over 6 million Californians have left the state and only 5 million arrived in it. It means that a decrease of the state population by 2.5% happened there. So, where do they head for?

Nevada is among top 5 states for relocation. You may wonder why move to Nevada, but the main things that make people escape from California are high taxes and cost of homes. Obviously, they find an absolutely different situation in Nevada but it is not a comprehensive list of reasons. In fact, Nevada has accepted over 45,000 of people from the Sunshine State in 2016. The most popular destination is undoubtedly Las Vegas and according to the Applied Analysis report, 34% of newcomers here are from CA. One more evidence has been provided by data of house search at Redfin.com, 75% of people who look for homes in Reno are Californians. Today, it becomes natural for Silicon Valley locals to prefer moving to Nevada to avoid California taxes and afford much more for the same money. That is why let’s consider all the benefits and drawbacks of such a relocation in details.

The list of reasons that make people leave a beautiful coastline of California and move to Nevada must be rather convincing. The Sunshine State attracts millions of people from different countries annually and many of them decided to stay there forever. What then makes local Californians exchange their motherland for Nevada? Let’s look at the main reasons.

Unlike California, Nevada has a more appealing system of taxes for its residents. Californians can forget about a state income tax they had to pay as well as pay less for food and medicine because there is no sale tax on these goods too.

Despite a widely known fact that in Nevada you can work only in a casino, hotel or restaurant, in fact, the modern job market is more extended. Nowadays, the most popular job spheres are mining, construction, and education. Moreover, according to the data of the US Labour Department, in 2017 Nevada had a top employment growth rate all over the country – 3.3%. The highest number of jobs were offered in business services, health care, and transportation.

Nevada is a home to the most eye-catching scenery in the country. Its main feature is the diversity of landscape and a possibility to experience all 4 seasons in the state. The southern part is hot and partly covered with a dessert, in the center you can find a magnificent canyon, mountainous areas, and deep lakes and rivers. There are unforgettable caves, state parks, relaxing beaches, and peaceful valleys to meet the expectations of every traveler.

4. Cost of living and housing

Despite the fact that the cost of living in Nevada is 4% higher than the US average one, it is still much more affordable than in California. Here you can save on utilities that are much cheaper as well as obtain a dwelling that is thrice cheaper than in the Sunshine State. A median home price even in Las Vegas, the most expensive city to live in Nevada, is only $256,300. In Los Angeles, the sum is almost three times higher – over $600,000.

Who does not know that Las Vegas is a gambling capital not only of the US but also the whole world? Every person dreams at least once in his life waste a huge sum of money there and win a fortune. It is absolutely legal to gamble here not only in casinos but also in many other places – slot machines are almost everywhere there.

You will not feel dull in the state not only due to unforgettable gambling experience and many outdoor activities but also doing premium shopping, tasting delicious food or visiting multiple concerts, shows, sports events that take place both in Las Vegas and Reno.

However, there are several more things you need to know before moving to Nevada apart from the benefits.

Unfortunately, Education Week’s Quality Counts rankings have place Nevada education at the last place this year again. The state’s grade was D – it is lower than the average C grade all around the country. Evaluating 3 areas including success chances, school financing and K-12 achievement, each of the area has not received a grade higher than D.

Nevada is the only US state where prostitution is legal. Of course, it is heavily regulated and is allowed only in several rural counties.

3. The state was used for nuclear testing and research

Of course, such information can scare many people as even after many years radiation makes its influence on people’s health and nature. However, locals refuse meeting mutated insects or animals or getting superpowers.

You should still remember that a huge part of Nevada is a desert and you can feel unbearable here in summer especially. The northern part of the state often suffers from extremes making people freeze when they leave home sometimes. 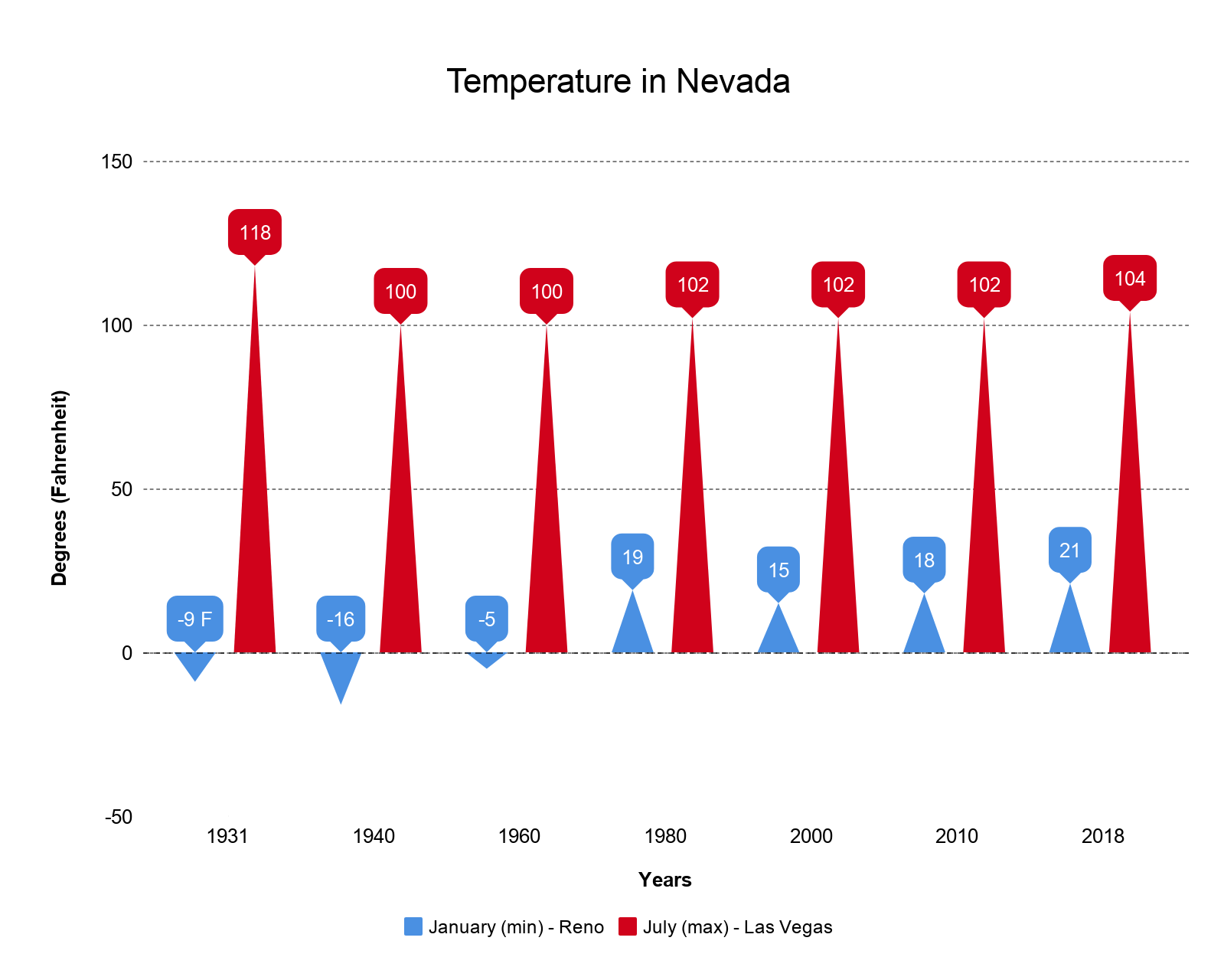 5. Most of the state population lives in two cities

The total population of Nevada state is about 3 million people. 2 million people live in Las Vegas and 500,000 people live in Reno. The rest of them are scattered in several small towns. It means that the choice of places to move to is very restricted and you will feel remote there if you choose not these two cities. 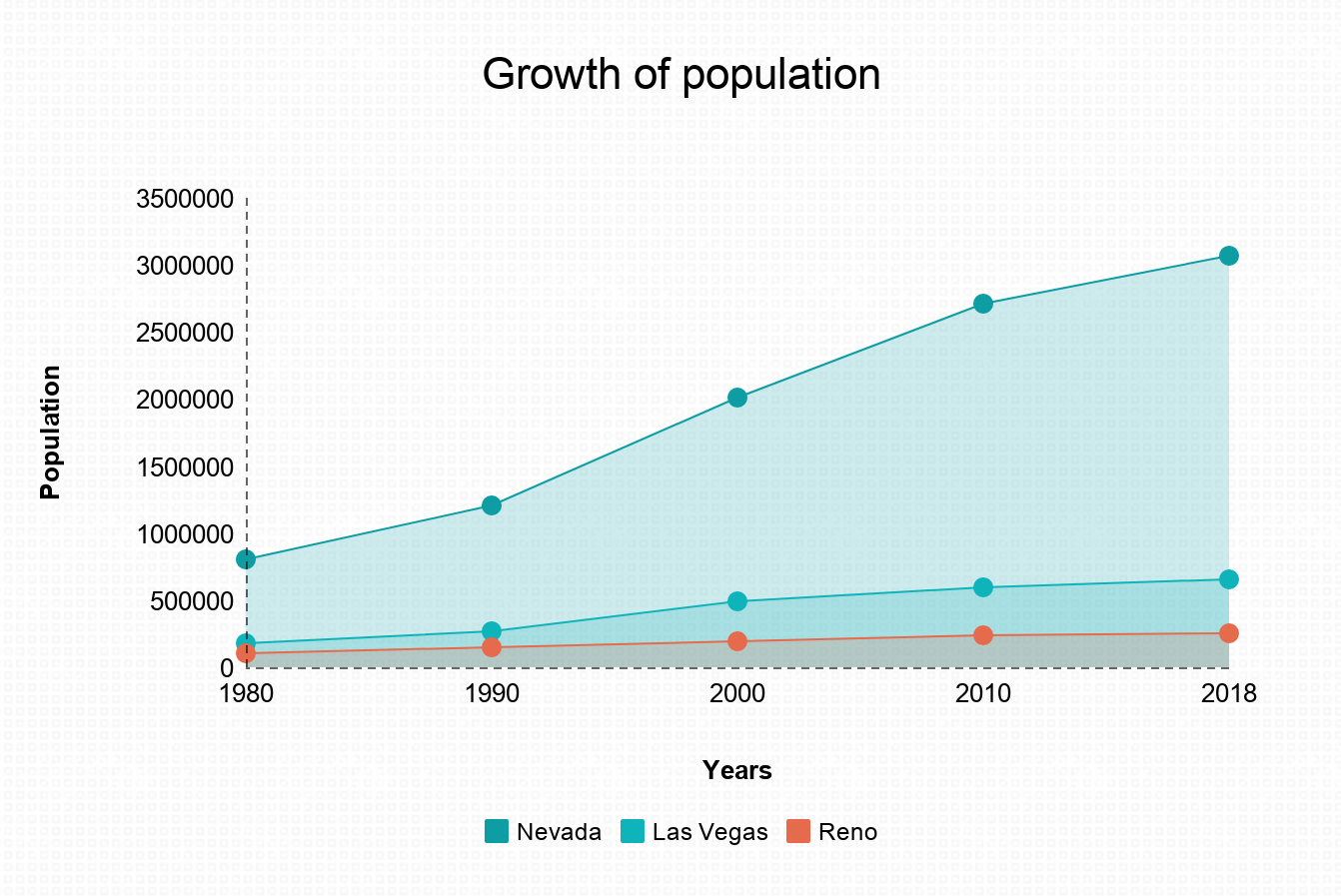 Whether you are moving for job or any other reason to Nevada, consider both pros and cons of such decision to avoid regrets.

If you plan to change residency from California to Nevada, consider the following relocation tips.

How to become a Nevada resident

It is not enough to take all your belongings and arrive in Nevada to become a resident of the state. In fact, the term ‘resident’ implies several meanings which you should confirm. It is a person, who:

It means that you can change a driver’s license, for example, only if you provide the proof of your Nevada physical address. There are many ways to do that: you can learn about them following the link dmv.org and choosing the information about Residency & Proof of Identity.

Top 4 places for relocation in Nevada

It was already mentioned that you will not find a majority of cities and towns to relocate to in Nevada. That is why the list of popular destinations in this state is rather restricted. Look at the top 4 places where you will feel like at home in Nevada.

If you are interested that all your valuables could be delivered safely and on time, turn only to the trusted leaders. It is a guarantee of the premium customer support and affordable prices. The latter ones are offered below.