Pros and Cons of Moving to Oregon from California

The USA is a rather diverse country where every state offers something new and absolutely unique. California is often chosen by many young people as a good place of living, but when they grow older, they get tired of the rat race of the huge cities located here. Many residents decide to look for a happy life in calm, cheaper and measured areas like Oregon state, for example. However, not everyone is able to get used to the style of life characteristic of Oregon after a busy and various life on the coast. That is why it is important to evaluate all the pros and cons of state-to-state moving from California to Oregon to prevent regrets and disappointment.

California remains a dream location for millions of people from around the world. However, many residents of the state are seeking relocation to Oregon, Texas, Arizona, Washington, and Nevada. 653,551 Californians left the state in 2019 with 41,100 moving to Oregon. Why are so many CA residents leaving the state? What are the pros and cons of living in Oregon? In this guide, we will discuss why CA may not be one of the best places to live in the country anymore, and why moving to Oregon might be a better decision for a lot of people.
If we look at statistics, we will find that Oregon is one of several American states, where the number of immigrants is almost equal to the number of people who were born in it. However, not everyone enjoy living in the state because of various factors like climate, weather, the cost of living, housing cost, availability of jobs, a good university, and other reasons. They think of moving out after some time. If we compare Oregon Vs. California, we will find that 57% of the current residents of Oregon have moved here from other states, most often from Washington and California. According to a study by Josh Lehner, almost every fifth resident of Oregon was born in California – 18% of the population compared to 43% of born locals. This impressive data seems unbelievable, but there are several apparent reasons for this:

Unfortunately, the biggest part of people who move to California get disappointed with life here rather quickly. That is why both locals and newly arrived people come to the conclusion to leave the state forever.

California and Oregon are neighboring states, both on the west coast of the US, along the Pacific. However, there are differences.

Why move to Oregon?

So, why do so many residents of Washington and California consider Oregon the most appealing destination for relocation? Let’s see what attracts people from other states to Oregon.

Reasons not to move to Oregon

However, next to the positive sides of relocation, there are several things to know before moving. They can be called cons and must be considered by everyone who wants to reside there:

These are the main reasons that can prevent you from moving to Oregon, though some of them may seem insignificant. 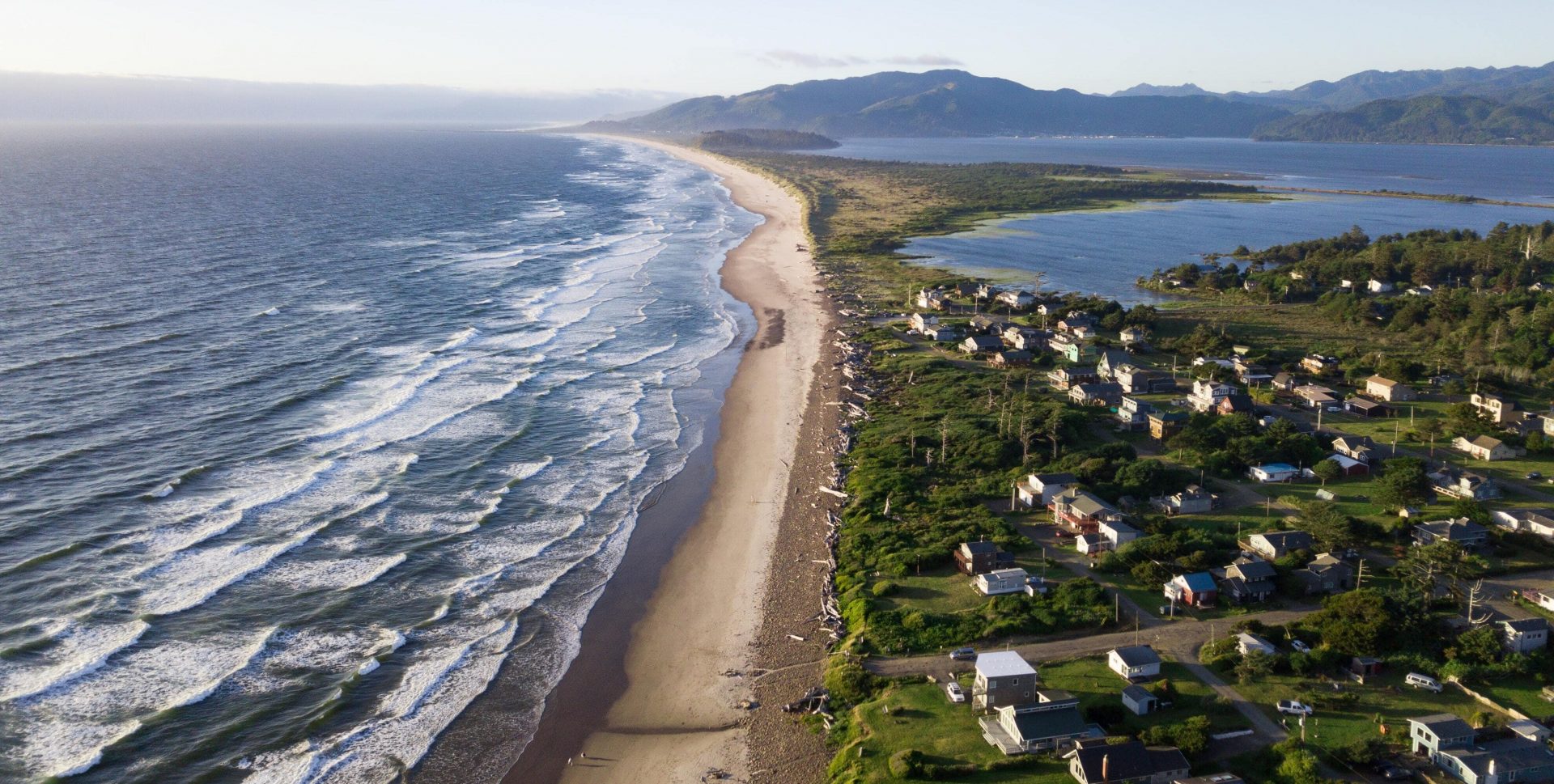 Most popular places to move to in Oregon

When you come to the conclusion that Oregon is undoubtedly the place you want to live in, you may be puzzled by another question: where should you move to Oregon? The state is rather big, though there are not many large cities here. It means that the choice of cities and towns to move to is not very vast. There are top 7 most popular places where to move to in Oregon.

With the population of 647,805, Portland is considered to be one of the world’s environmentally conscious city that is often called the “City of Roses”.

The population of Eugene is 166,575. Being a city of natural environment and recreation, it offers great outdoor activities and has a focus on arts. It is also often called an emerald or track town.

A huge number of the population that is equal to 167,419 people are students of multiple colleges and universities located here. Today it is one of the main agricultural and food processing centers of the state.

Being not very big, Corvallis has been chosen as a permanent residing place by 55,298 people. It is home to Oregon State University and offers great opportunities for small businesses.

Astoria is a port town with the population of 9, 527 people. There are several museums and an airport located here.

The population of Medford is 81,780. The biggest number of people work in healthcare as the city is a popular retirement destination. Another industry flourishing in the city is agriculture.

A quite impressive recent increase in population resulted in 97,590 people living in the city. The reasons for that is being an important economic center with several large corporations and a two of one of the best small cities to live in. 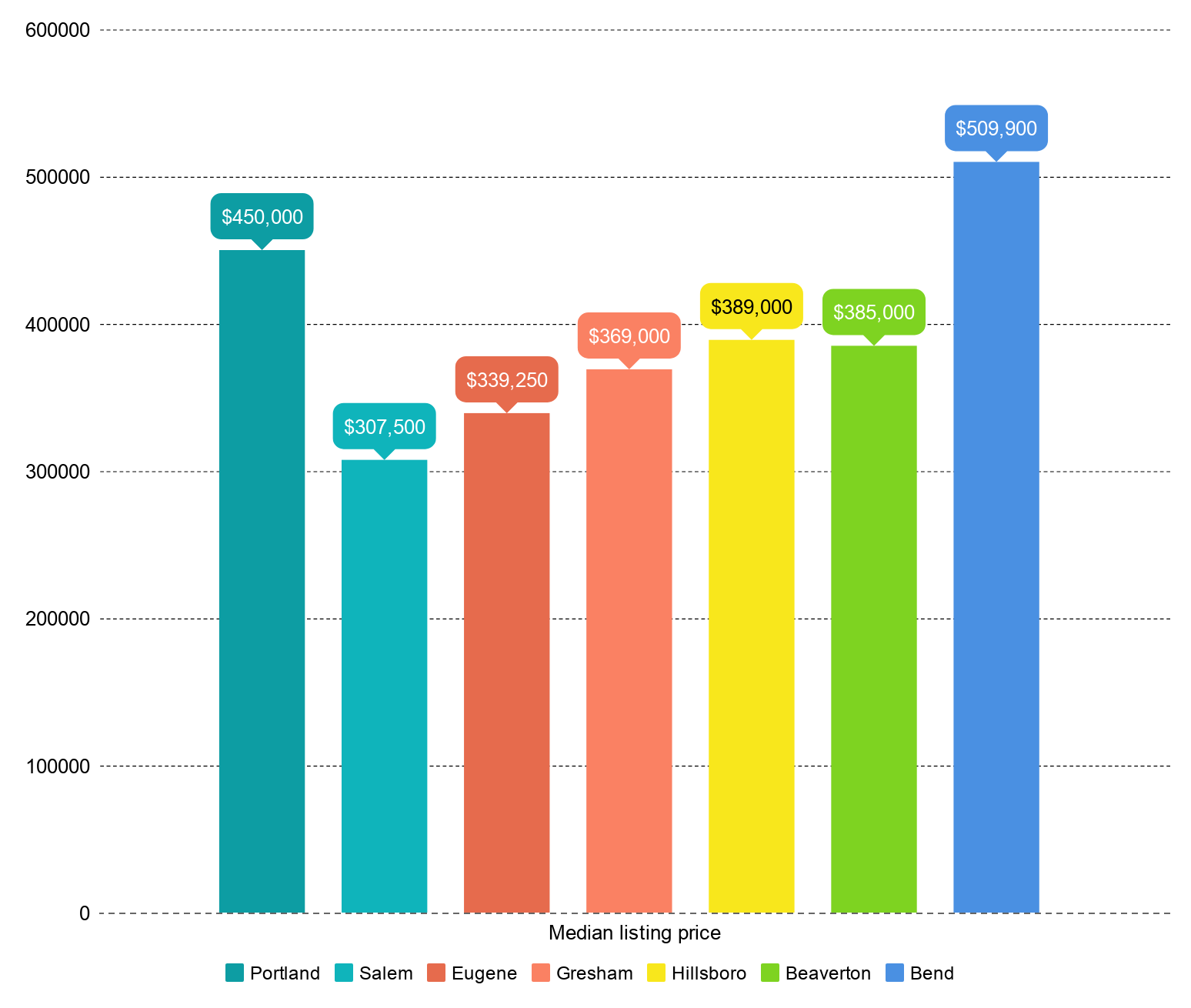 Despite quite a small size of these cities, except for Portland, of course, several of them have been ranked ones of the most comfortable cities to live in, so it is not surprising why their population is constantly growing.

Moving to Oregon – How Much Does It Cost?

Interstate moving will always cost more than a local move. However, Oregon and California are neighboring states. So this means that the cost won’t be that high. Of course, the cost will also depend on the location. For example, Portland is at the northern corner of Oregon so the cost will be higher. Medford, on the other hand, is on the CA border. It also depends on the location in CA. San Francisco and Sacramento are closer, but LA is farther away.
There are several ways of moving to Oregon:

The first way may be the cheapest one, but you should also remember that all the other responsibilities like organization, packing and unpacking, loading and others lie on your shoulders. Moreover, you entrust your belongings to a person you see for the first time and who knows if he keeps his word to deliver them to the final destination. Transportation by air is rather costly and you need to deliver all your valuables to and from the plane, so the chances to damage or lose anything are more than just high, while a trailer is owned by a few number of people. That is why the most reliable and safe way of relocating is to hire a long-distance moving company. You will get not only a well-organized moving process with the consideration of all moving services needed but also insurance of your valuables.