Moving to Idaho from California: myths and facts

It is a widely known fact that the American population is subjected to migration, and it often happens that native US residents leave the states where they were born and move to other ones. California, despite its brilliant coast, liberal views, and good employment opportunities is also a rather expensive state for a living. That is why many Californians prefer to move, and one of the most appealing destinations for them is Idaho state. However, there are many myths connected with moving to Idaho, so it is better to pay attention to the facts and data to learn the truth.

Though it seems unbelievable, Idaho was the fastest-growing state in 2017 in percentage growth. Within the period between 2010 and 2017, the population has grown by 149,293 people that are 9.5% of the total state population. Experts predict that this growth will continue next 10 years and the biggest part of the people who arrive here settle in big cities increasing urban areas significantly. 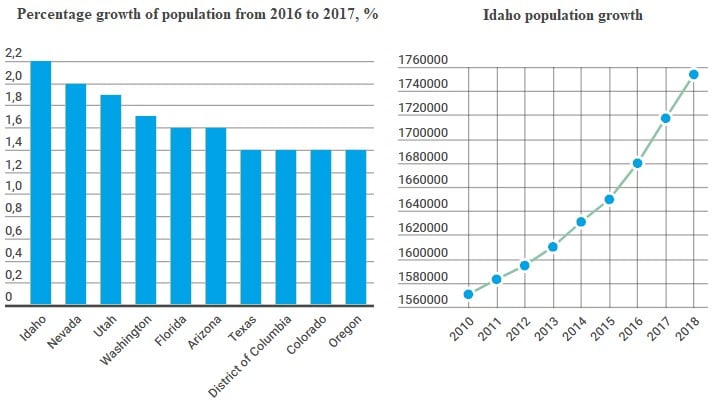 Resources: US Census, Bureau and worldpopulationreview.com

Who is moving to Idaho?

Most of the migrants leave Washington and California states to become residents of Idaho. According to the 2016 American Community Survey 1-year estimates, over 17,000 people have left California forever and arrived in Idaho in search of a happy life. It makes the political views of the local population, which is focused on conservatives, more liberal and makes a significant impact on other spheres of life in the state.

Of course, migration to Texas is much higher than to Idaho, however, the flow of new residents is much bigger than in California, for example. That is why it is important to understand the reasons for such significant changes.

Myths about moving to Idaho from California

Californians moving to Idaho always have doubts before they make a final decision in favor of relocation. It is most often caused by myths connected with moving to this state from coastal areas. However, not all the ‘horrors’ that exist among Californians regarding Idaho are real.

5 reasons why you should move to Idaho

Despite any myths and challenges faced by people who leave California and move to Idaho, there are reasons that encourage them to make this tough decision. In comparison with California, Idaho has a number of benefits that seem very appealing to newcomers.

If you still wonder ‘why are people moving to Idaho?’, it is enough to summarize that this state is affordable both in the cost of living and real estate. It offers wonderful recreation and job opportunities, as well as will encourage your kids to grow educated people.

Life hacks and things to know before moving

Relocation is a stressful process that must be a thought-out decision. It will help you to avoid mistakes and make moving smooth and less nervous. For this purpose, learn 4 life hacks that may help you to get accustomed to the new place of living faster and easier.

Reasons not to move to Idaho

Most of the people who move to Idaho choose this state for its beauty of nature. However, only some of them think about challenges that wait for them in this state. Only locals can fully realize why it can be difficult to live in Idaho. There are some of the reasons why you should think twice before choosing Idaho as a new place of living.

Is it all about Boise?

When a person starts thinking where he or she should live in Idaho, the first city that crosses their minds is, of course, Boise. It is the largest cultural, educational and technological center of the state that has been included into the Smart Assest’s 2017 list of the best cities to live in 2017. In addition to many different jobs offered in the market and great outdoor recreation activities, the city features rather a low crime rate and an affordable cost of living. It is a green city with numerous parks, wonderful artistic and theatrical life, and sports.

However, if you think that it is the only city in Idaho where you will feel comfortable and happy, you are mistaken. The second largest city in Idaho is Idaho Falls famous for its extensive river walk, focus on agriculture and such industries as retail, entertainment, and medicine. It has been ranked one of the 100 best cities to live in the US and raise kids.

Twin Fall is the 7th largest city in the state known for its college, several large food producing companies and agriculture. It is great for families with kids as there is an extensive range of public schools and recreation.

The other cities of Idaho that can be chosen for relocation are Moscow, Nampa or Standpoint located in Northern Idaho. Being not large in area and population they still offer a silent and measured life for everyone. 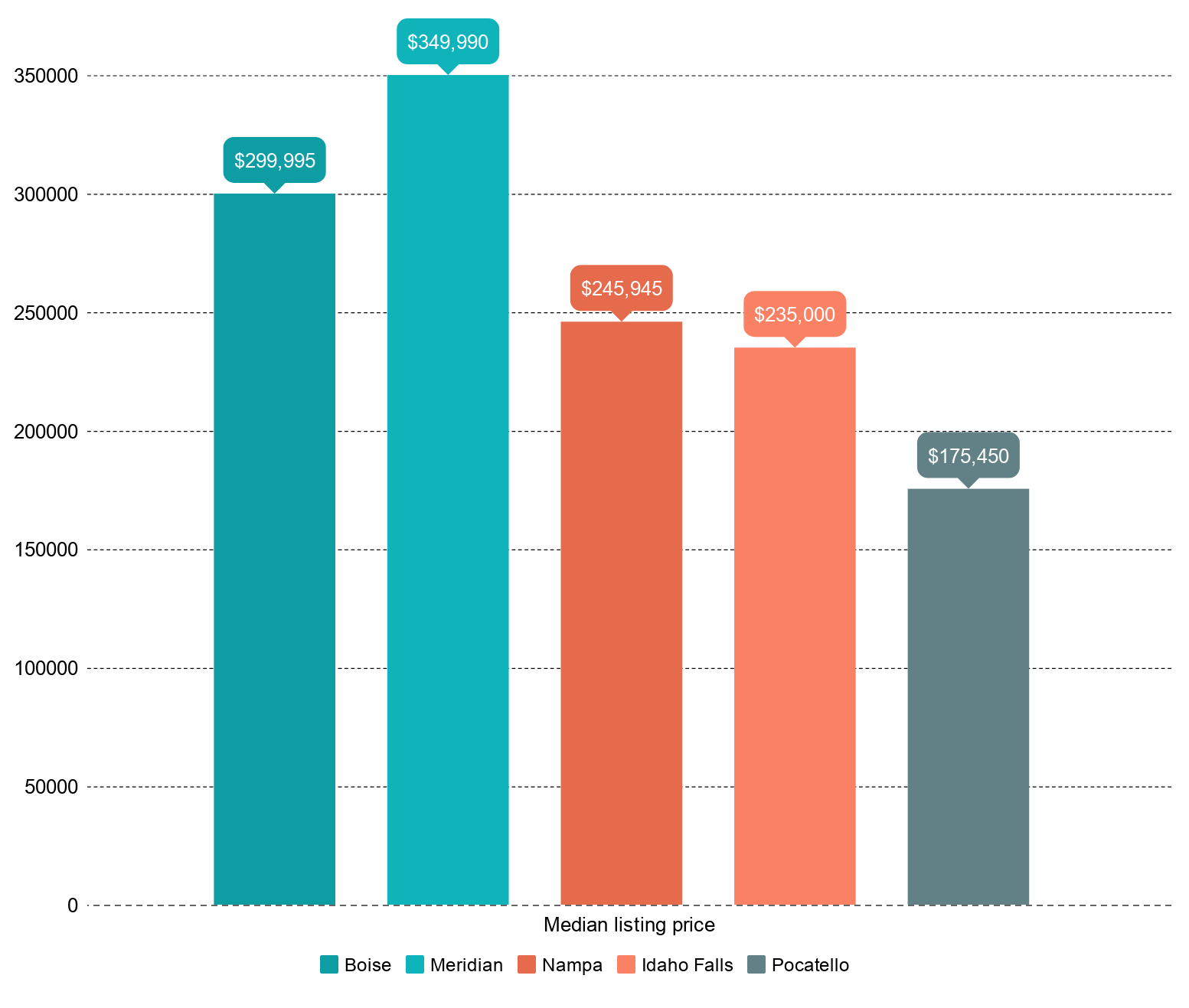 Having evaluated all the pros and cons of moving from California to Idaho, it is also important to consider how much your relocation will cost to you. You should think not only about money but also the responsibilities and services you need. In this case, the most suitable variant is to turn to a full-service moving company. Even if you have a driver’s license and a car, it will be impossible to deliver all your belongings safely and quickly to Idaho. The most reasonable and cost-effective way is to order premium relocation services from California Movers company. Look at Table 1 to see the final cost of moving services offered and you will appreciate the services provided.