Moving to San Jose is one of the best choices to make when considering Northern California. San Jose is the capital of Silicon Valley and home to some of the best tech industries like Adobe, eBay, IBM.


With a total population of 1,021,795 (2019 estimate), relocation to San Jose is increasing daily because of its numerous job opportunities, great climate, weather, universities, among others. Although the cost of living in San Jose is high, it's still more affordable than San Francisco.


The high population and job opportunities in San Jose makes it a profitable ground for business relocation. Thanks to the numerous tech industries, restaurants, parks, and fantastic neighborhoods both singles and families can enjoy the true beauty that comes with living in San Jose. 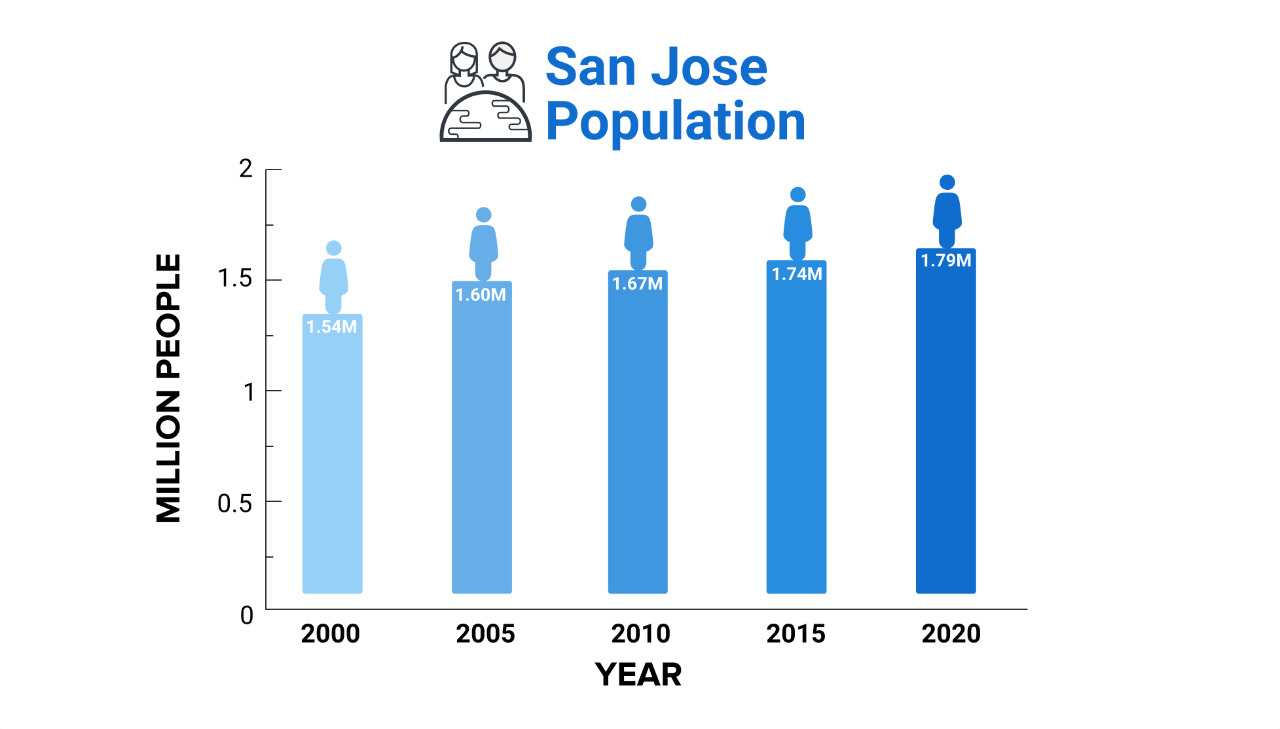 Relocation to San Jose makes a lot of sense because of many reasons. The cost of living in San Jose is also less than many other metropolitan areas in the United States like New York City, San Francisco, and Boston. There are many jobs as the Silicon Valley is located here. The city is also a very safe and good place to live. For comfortable and smooth relocation hire movers from San Jose.

Here’s a chart that gives you a very good idea of the San Jose cost of living. See how much the utilities, monthly groceries, and transportation will cost you in San Jose, and compare them with some other major cities in the state and elsewhere in the country. This is just an average estimate. The actual cost may vary depending on the city neighborhood.

*Where national average is 100. Please note, all of the above figures are averages. 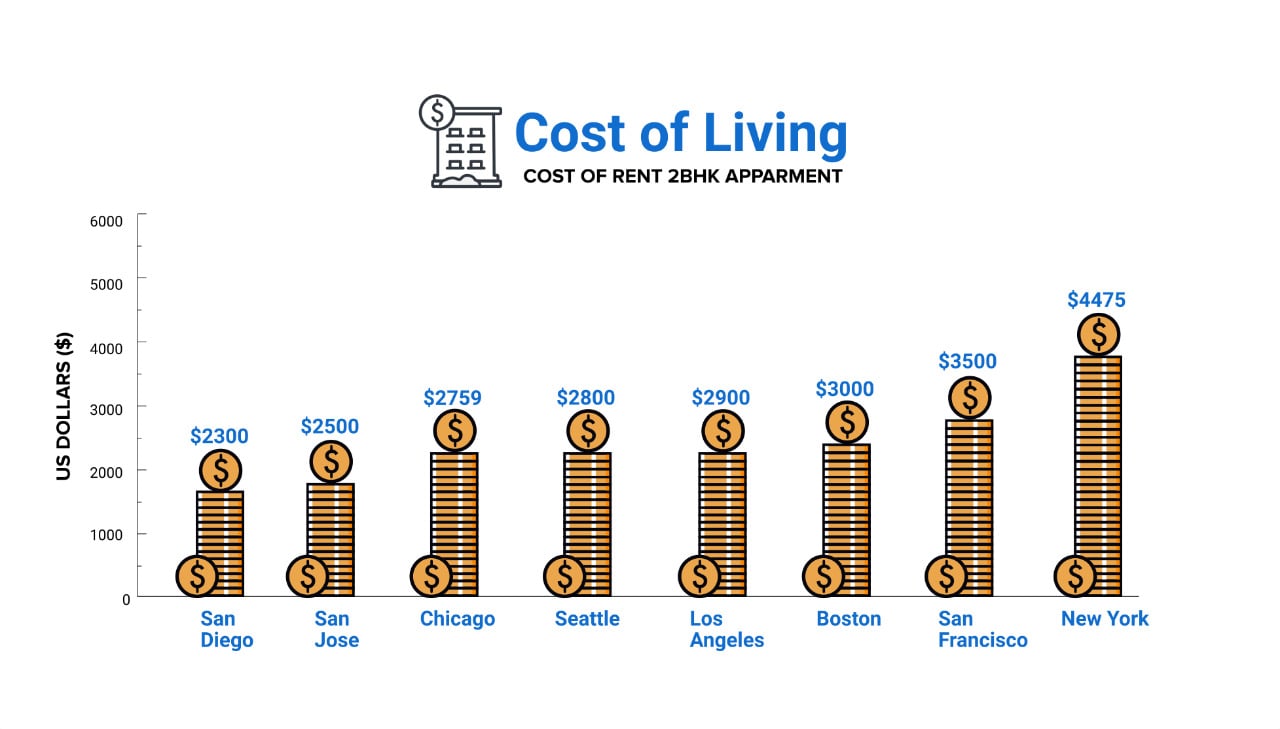 Here are the top eight places to live in San Jose in 2020.

Finding the right place to live in San Jose might not seem very easy. However, making a note of what you want can help you determine which area is right for you. 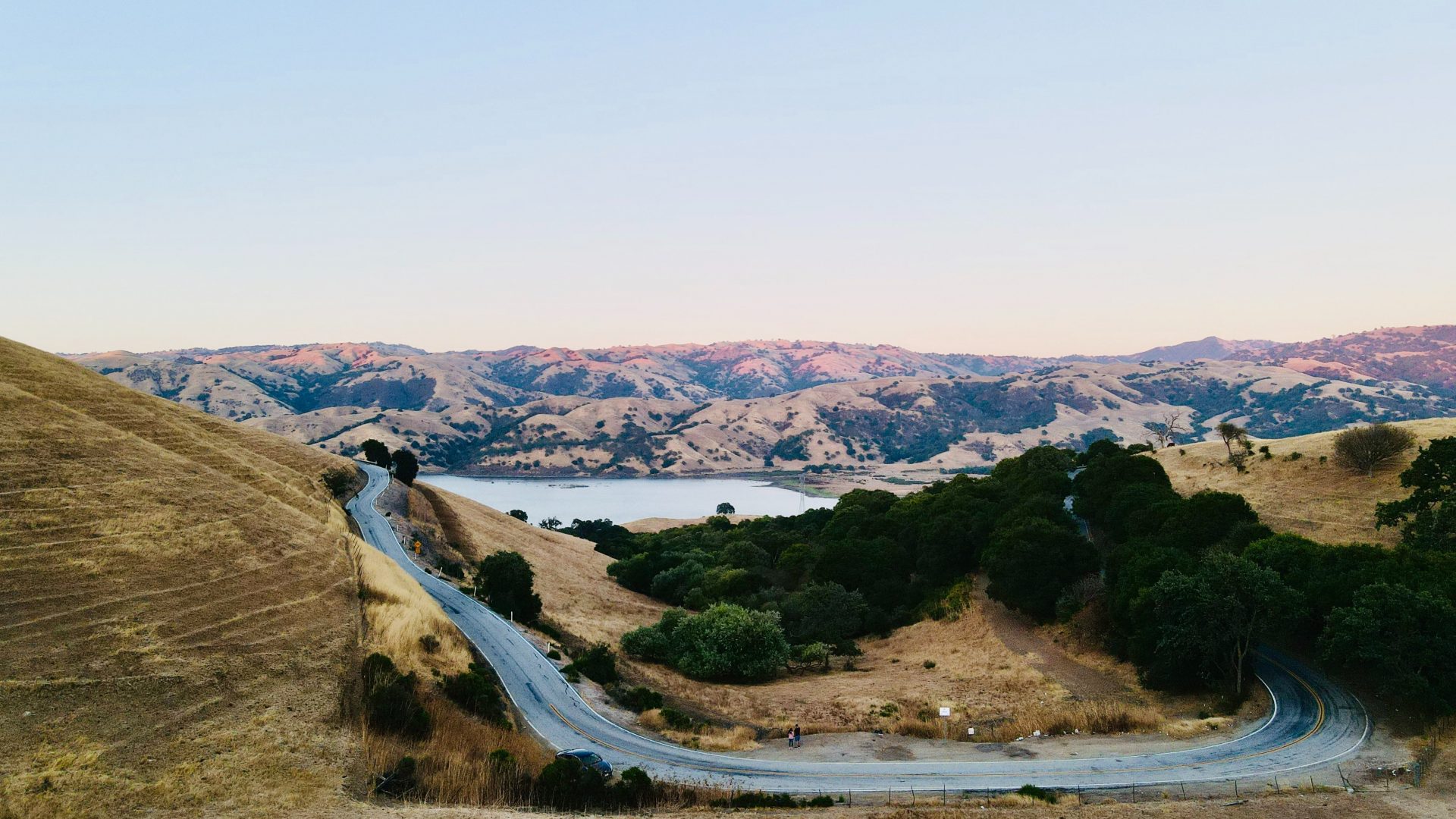 San Jose City – Known as Silicon Valley’s political, financial, and cultural center, San Jose is one of the most populated areas in the country. It has a Mediterranean-like climate and is home to the most millionaires and billionaires in the country. Founded in 1777, the city was originally home to the Tamien nation. If you’re looking for tech-related jobs, this is the place to be.


Walnut Creek – Walnut Creek is located in San Francisco’s East Bay and is home to buildings that are more than 100 years old. You’ll find a lot of high-end stores around the area as well as many entertainment venues and eateries.


Oakland – The largest city in Alameda County, Oakland is home to California’s busiest port. Once covered in woodland and coastal scrub, the area is a well-known agricultural region.

Milpitas – Milpitas is located in Santa Clara County and is home to many professionals and corporate headquarters. A part of Silicon Valley, Milpitas is surrounded by interstates, making it a good communing city.

Livermore – Considered to be the most populated city in the Tri-valley, Livermore was founded in the 1840s and is home to a well-known laboratory. Complete with vineyards, and good schools, the city is located in Alameda County.


Blossom Valley – Home to a number of parks, Blossom Valley is the ideal location for families. The local mall contains many major stores and the area is close to the Almaden Valley and the Santa Teresa Hills.

Evergreen – Originally home to gliding experiments in the early 20th century, Evergreen is home to four parks, and is well-known for its incredible scenery. Close to the Diablo Range and on the edge of the Santa Clara Valley, the area is also surrounded by two expressways.

The table below shows the yearly salary required to purchase a median-priced home in a city’s metro areas.

There is a difference between the median price and the average price for homes. Median price refers to the middle point for the home prices on sale. So, half of the homes will cost more than this, while the other half will cost less.

Thinking of moving to San Jose? Always consider the following before you buy a home.

Living in San Jose or any other city will be a pleasure if you spend time thinking of all these issues before purchasing your home.

Below are some sample container shipping costs to San Jose from other major world cities. Just keep in mind they only reflect the shipping portion of the cost and not the full moving costs. Moving prices depend on many factors, like the size of your home, the weight of the items and how far you need to go. Get a quote from San Jose movers.

How to reduce your moving costs

Here are some fantastic ways you can reduce the cost of relocation to San Jose.

Use the above tips to help you make your move run smoothly. 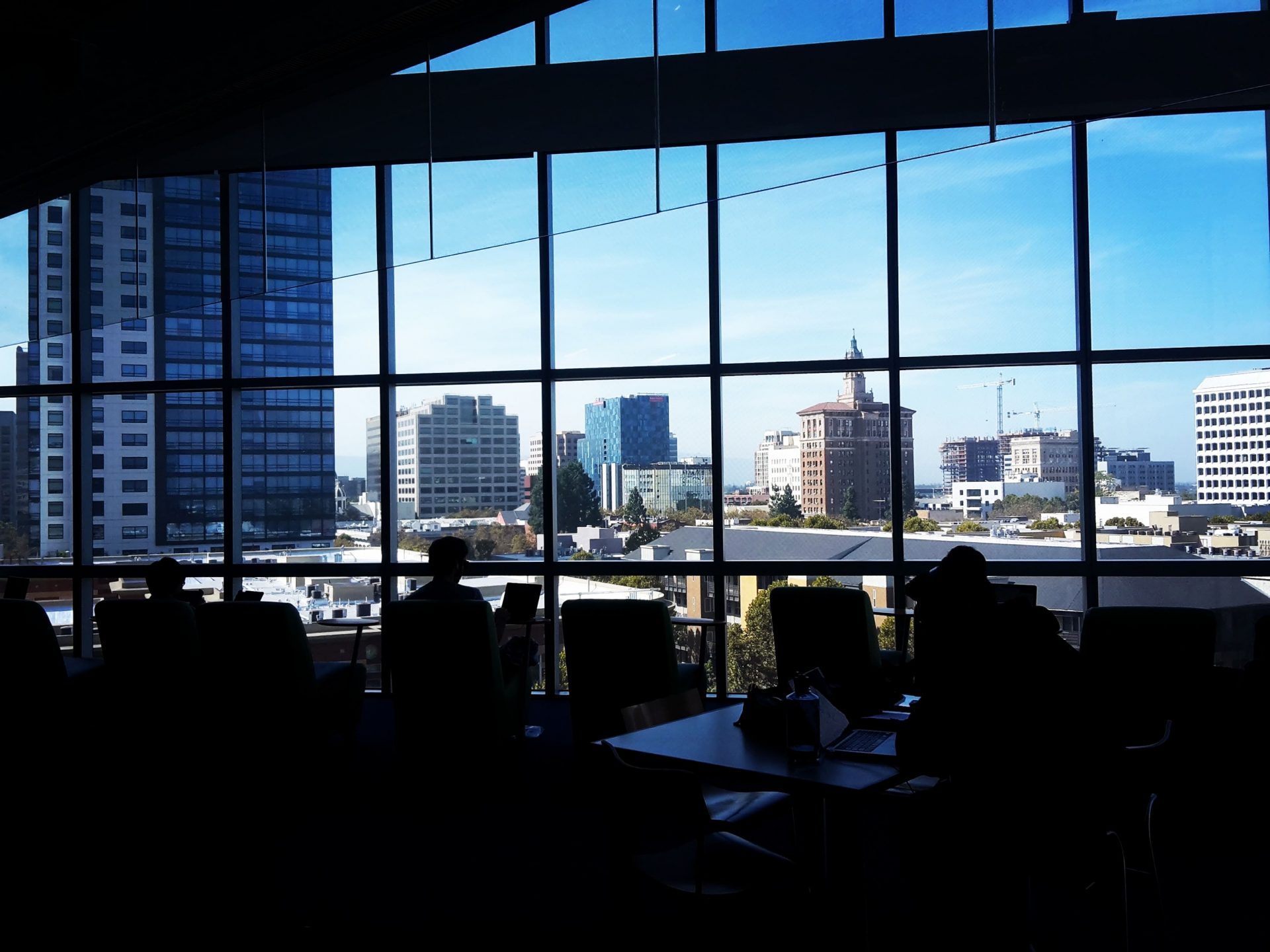 San Jose is among the best places in the US for business. The presence of many high- tech, computer, engineering, and microprocessor companies have made the area known as the Silicon Valley. San Jose homes have the highest disposable income in any US city with more than 500,000 residents. The residents have more US patents than any other city.

The San Jose cost of living might be more than many other places, but there is still a great demand among both individuals and businesses to move to the city.

Rent is charged per square foot and can depend upon the type of premises rented. Rental costs will also depend on the location and how modern the premises are.

* the incremental tax rates that are applied per employee.

The best places to rent an office

There are many large commercial spaces and also shared office spaces for small businesses in the city. Individuals and the self-employed can rent these places to save money. Client meetings can also be held here. Thinking about moving to San Jose? Hire office movers to move your business in minimized downtime.

Some of the best places in San Jose include:

10 Tips for a Smooth Relocation

Things to do in San Jose

Prices correct at the time of writing.
There are many things to do in San Jose, however, the above chart shows some of the most popular destinations. 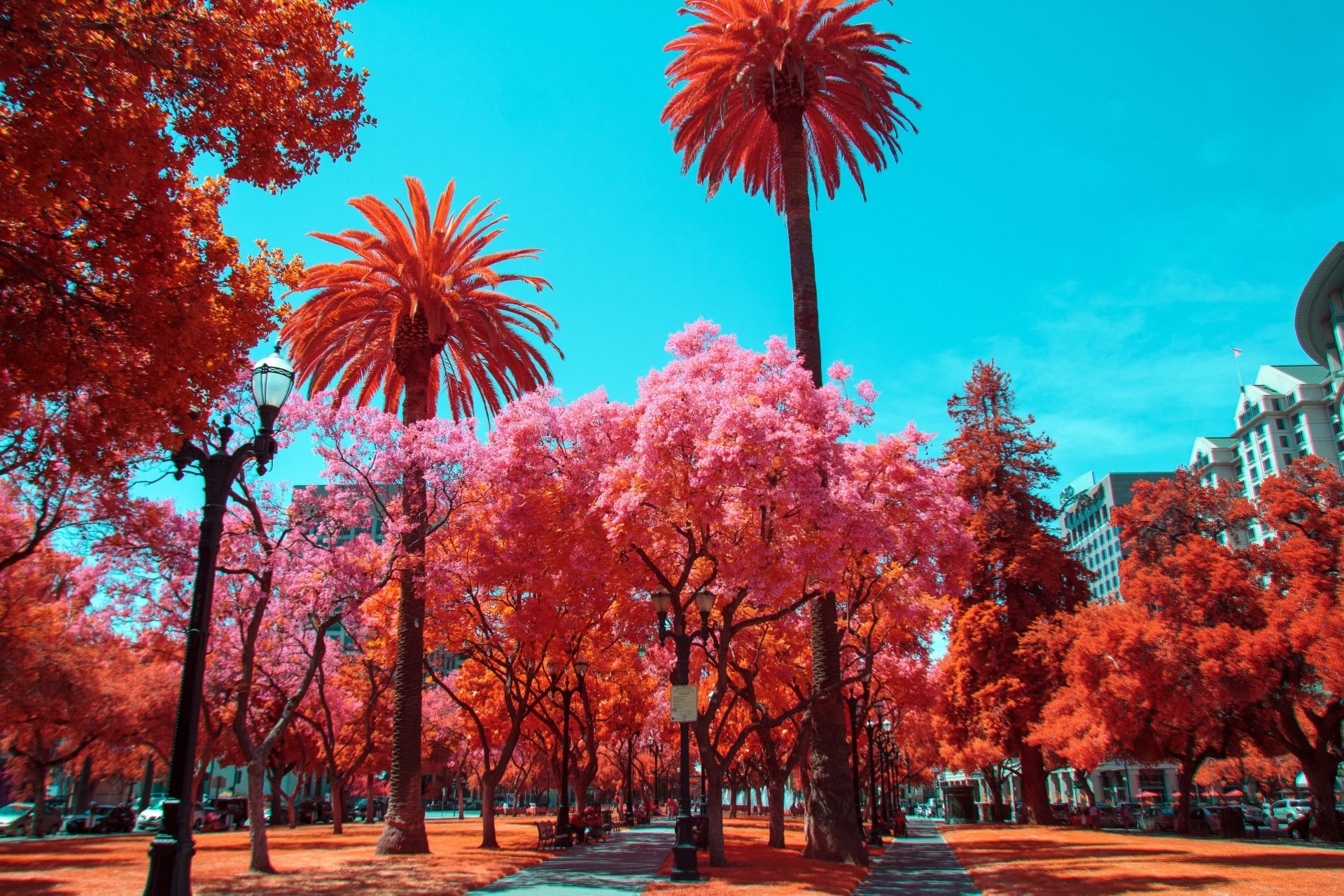 If you’re considering relocating to San Jose chance are, you’ll want to know what the weather is like.

As far as the rain is concerned, the wettest season lasts from November to April. There’s likely to be more than 15% chance of rain and at least 0.04 inches of rain.

The differences in the weather and average temperatures shows that San Jose is a pleasant place to live when compared to other areas.
Using all the information found above, you can now make a more informed choice about moving to San Jose. Is the move right for you? Will the area offer you everything you expected or are you prepared to compromise? With an economy that is still growing and a promising future ahead of it, there has never been a better time to move to San Jose.