Moving to the Bay Area, California

Are you in search of the one of the most famous, developed and vibrant spots in the United States right now? Moving to the Bay Area is a great option to achieve new professional and personal goals for many people. Living in the Bay Area means to face cosmopolitan reality – it is very diverse, ambitious and yet in some way very relaxing and peaceful. Our Bay Area moving company has prepared a lot of useful information to consider before moving.

San Francisco combines stunning landscapes and modern metropolitan issues – overcrowded streets, high prices, traffic problems. The city has experienced population growth of almost 8% for the last 10 years– today San Francisco has a population of 880 000 residents. What is very interesting about the population in the Bay area is the percentage of residents which are U.S citizens is only 85%.

The Bay area is a very popular destination for newcomers. Every year the population of major cities constantly grows. The place becomes more and more ethnically diverse. 35% of residents are Asian and Hispanic race. The median household income across the Bay Area is $95,159. Middle-class income could be very different – from $60,167 to $194,500. The unemployment rate is very low – only 3%.

The Bay Area is a region with the most educated population in the United States. 35% of residents have at least a bachelor degree.

The climate is very mild and warm for most of the year. Sometimes people here experience foggy days and cool mornings – just a few weeks per year.

Pros of moving to the Bay Area

Best places to live in the Bay Area 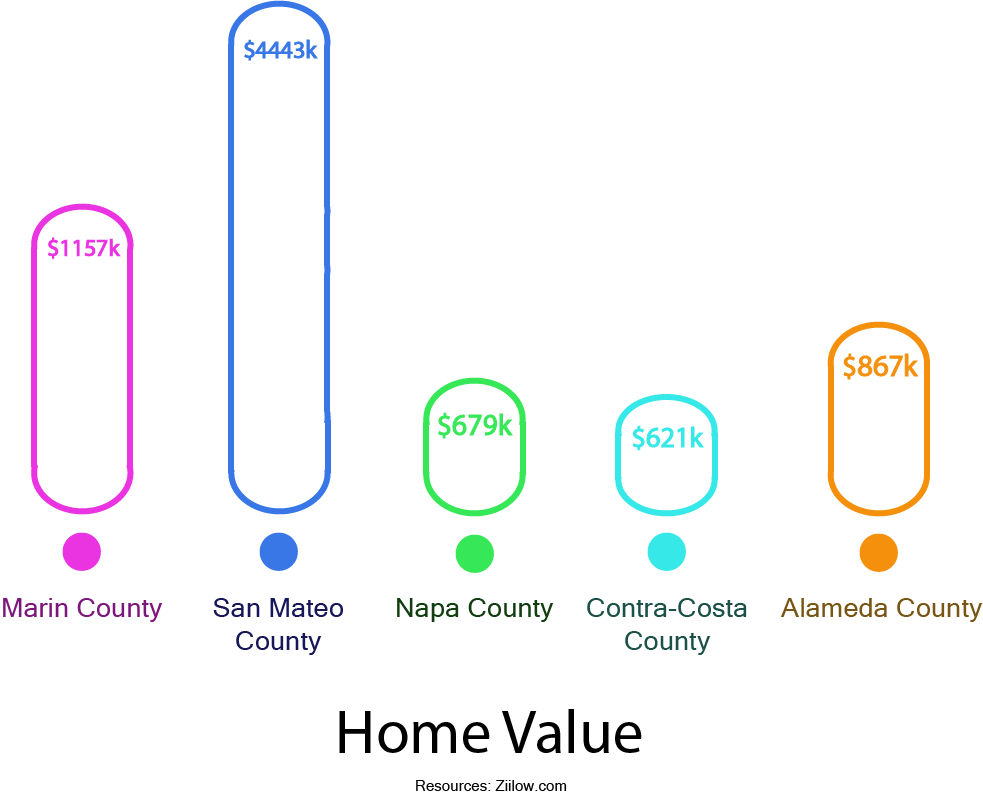 For over decades the Bay Area has been a home for innovative technologies that run the world. But it is not all that the place has to offer. Besides high-tech companies and industries they are related to, there are other great places to work.

We have listed some of the best companies to work for if you move to the Bay Area. We won’t say about companies like Facebook or Google and take a survey on other job possibilities in the Bay Area. Besides for the innovation, well-developed industries are management, information technology, marketing.

Do you need moving help? California Movers works all over the West of U.S. serving local and long distance moves.