Sacramento's cost of living is cheaper than many other places in California. The median home cost, utilities, and housing are cheaper than the state average. The housing cost is almost half compared to California's state average. Rich in history, the city has many picturesque neighborhoods, there are many rivers and lakes, it is the state capital so there are many jobs, tree-lined streets are common, the cultural scene is diverse, and the city is also close to many weekend getaways. Living in Sacramento makes a lot of sense. Relocation to Sacramento – it's a great move. 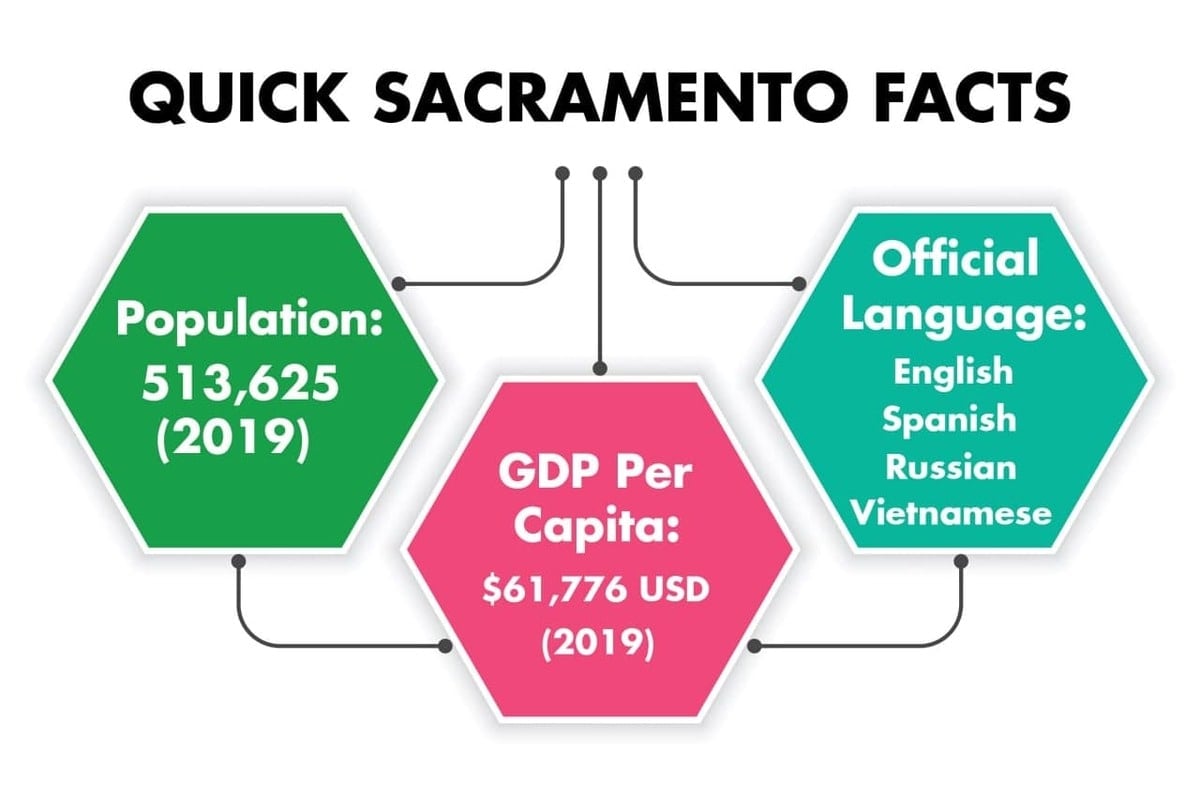 WHAT ARE THE MAJOR SACRAMENTO RELOCATION HIGHLIGHTS?

California’s state capital is a very good place to stay and raise a family. A safe city, Sacramento has many schools and job opportunities. It is also one of the least expensive cities in the state. Moving to this city can be easy too if you hire professional movers from Sacramento .

WHAT IS THE COST OF LIVING IN SACRAMENTO?

Here’s a chart that compares the cost of living in Sacramento to other cities in the country. However, please note, this is just a general comparison. The prices will differ based on the neighborhood and other factors.

*Where the national average is 100. Please note, all of the above figures are averages.

The above chart clearly shows that Sacramento's cost of living is cheaper for transportation and groceries. Those who want to move to this city may find that the utilities cost more than some other places, but you will still save money because the city is overall much cheaper. 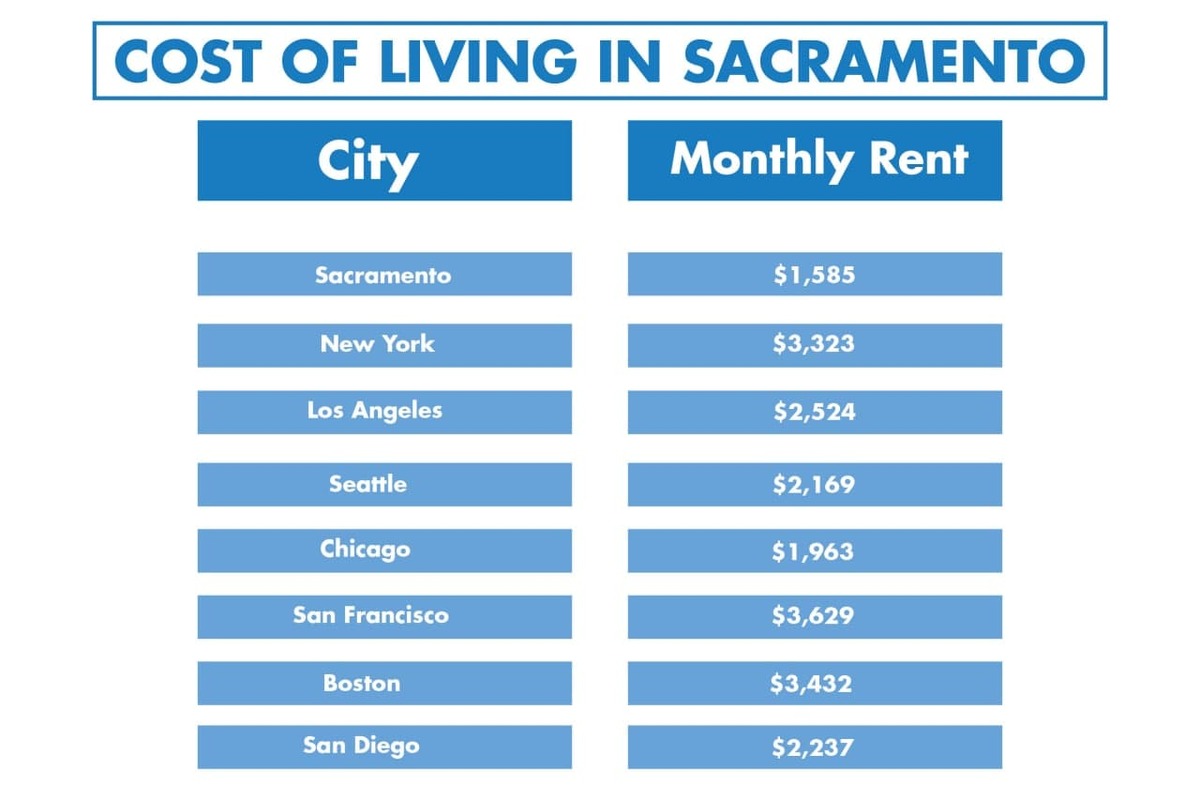 WHAT ARE THE BEST PLACES TO LIVE IN SACRAMENTO?

Here are the top eight places to live in Sacramento in 2022.

WHAT ARE SOME OF THE MOST NOTABLE SACRAMENTO AREAS?

Boulevard Park – Boulevard Park was built on what used to be an old fairground and a racetrack. In 1905, the land was sold to developers. After the second world war, many people moved into the newer areas. Home to 3 schools, and 4 government districts, the area is considered to be a beautiful place to live, full to the brim of coffee shops and parks.
River Park – This part of Sacramento is considered to be ideal for families, and those who love to walk their dogs. The area is relatively safe with well-lit streets at night. Complete with tree-lined streets and many ranch-style homes, River Park is thought to be a very friendly community that’s home to a few restaurants.
East Sacramento – Well-known for its leafy parks and streets, East Sacramento is home to a large rose garden and a vibrant dining scene. A very family-friendly neighborhood, this part of the world has many boutiques and restaurants. Safe and home to some of the best schools in the area, this is a neighborhood that’s well worth considering.
Newton Booth – Considered by some to be the best neighborhood, Newton Booth is full of parks, coffee shops, and restaurants. Ideal for young professionals and young families, the area has streets that are lined with trees, and it’s a good distance from the noisiest parts of the city.
Curtis Park – Curtis Park is considered to be one of the best neighborhoods in the area. Home to some of Sacramento’s most well-known citizens, the area has many Victorian-style properties. With quiet streets and a slower pace of life, if you want to raise your family somewhere idyllic, this could be the ideal location.
Land Park – A relatively laid-back neighborhood, Land Park is home to some great schools. The area also has plenty of jobs on offer, and a more liberal feel than some neighborhoods. Many stores are within walking distance, and while the cost of living is a little high, you do get what you pay for.
Sierra Oaks – A friendly area, this neighborhood is home to grocery stores that are within walking distance. Sierra Oaks is known for its privacy but also its friendly feel. Considered to be one of the best places to live in California, this neighborhood is home to high-value properties and is ideal if you want to raise a family.
Westlake – Offering easy access to the airport and Sacramento’s downtown area, Westlake is very pretty. Considered to be one of the safest neighborhoods in the area and one of the most affordable, Westlake is known for its good job market and its pretty houses.

LIVING IN SACRAMENTO – WHAT ARE THE HOUSING COSTS?

Moving to this area makes even more sense when you take into account the fact that you will need a lower annual salary to buy a home in the city’s metro areas. Here’s a quick comparison.

WHAT ARE THE MOVING COSTS FOR SACRAMENTO?

Below you will find some sample costs. These costs refer to container shipping costs from major cities to Sacramento. Please note, the figures below only reflect the shipping costs rather than the full cost of the move. Moving costs depend on how far you're moving, the weight of the items, move date. Get a quote from Sacramento movers.

The above costs should give you a rough idea of the cost of moving to this area but perhaps the tips below will help to ensure your move is a smoother one.

MOVING TO SACRAMENTO – HOW TO LOWER YOUR COSTS?

These tips will surely help you in the relocation to Sacramento and save you money.

MOVING TO SACRAMENTO – WHAT ABOUT BUSINESS RELOCATION?

Close to Silicon Valley, Sacramento is emerging as a top destination for startups and other businesses. The city ranks 10th in the country for startups, which is higher than Oakland at 14 and San Diego at 16. Many businesses are fleeing the Bay Area because of high real estate costs and opting for this city instead. 24,000 people are moving to Sacramento from the Bay Area every year.

The availability of talent, educated working force, low rent – moving to Sacramento makes a lot of sense for many businesses.

HOW MUCH TO RENT A BUSINESS PREMISES IN SACRAMENTO?

Rent is charged per square foot and can depend upon the type of premises rented. Rental costs will also depend on the location and how modern the premises is.

WHAT ARE THE BEST PLACES TO RENT AN OFFICE IN SACRAMENTO?

Sacramento is home to an increasing number of shared office spaces. Areas such as these allow small business owners or those who are self-employed to work in an office without paying a high price. Locations such as these are also ideal for those who wish to meet a client or hold a meeting.
Some of the best places in Sacramento include:

WHAT ARE THE BUSINESS TAX RATES IN SACRAMENTO?

WHAT ARE THE TOP 10 TIPS FOR A SMOOTH RELOCATION IN SACRAMENTO?

Here are 10 tips that will make relocation to Sacramento very easy:

WHAT ARE THE MOST IMPORTANT THINGS TO DO IN SACRAMENTO?

Prices are correct at the time of writing.
There are many things to do in this city, however, the above chart shows some of the most popular destinations. 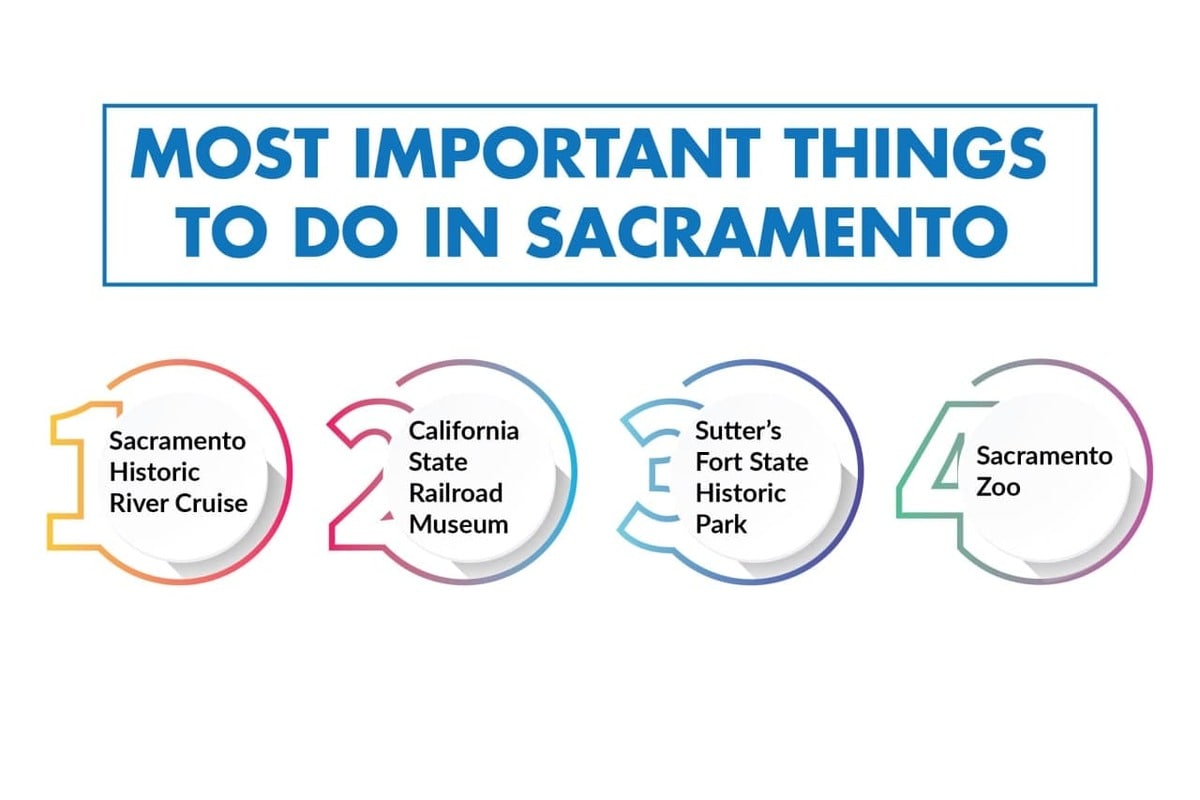 HOW ARE THE WEATHER & SEASONS IN SACRAMENTO?

If you’re considering relocating to Sacramento chances are, you’ll want to know what the weather is like.
The summer months in Sacramento are quite long, lasting approximately 3 months. Temperatures in this area can reach as high as 100.6 degrees. The winters tend to last 3 months with the lowest temperature at around 53.8 degrees in January. Temperatures in Sacramento are rarely below 39.1 degrees Fahrenheit or above 100.6 degrees Fahrenheit.
As far as the rain is concerned, the wettest season lasts from November to February.

The differences in the weather and average temperatures show that Sacramento is a very hot place to live when compared to other areas. Using all the information found above, you can now make a much more informed choice about moving to this place. Will the neighborhood you choose and the state itself offer you everything you need? Will you have to compromise? Sacramento is a vibrant city with so much to offer everyone. Now is a great time to move to this part of the world while house prices and rental is still low.